.
Since reinvigorating my emphasis on neon artwork in this last year, many of you have been inquiring and asking for more. I am pleased to let you know, the feelings are mutual and I am planning to elevate my light based artwork even further in 2020. Looking back, I have always been inspired to incorporate light as an element in my work — both for the physical and metaphoric qualities it brings. The exploration of illumination began over 14 years ago in my work by the addition of florescent paints and later I began attaching actual working light bulbs to paintings on salvaged wood. Then in 2010, I took my first leap into the medium of neon collaborating with esteemed bender Shawna Peterson to create my first ever work of art integrating its unexplainable magic. I was immediately hooked.
.
. 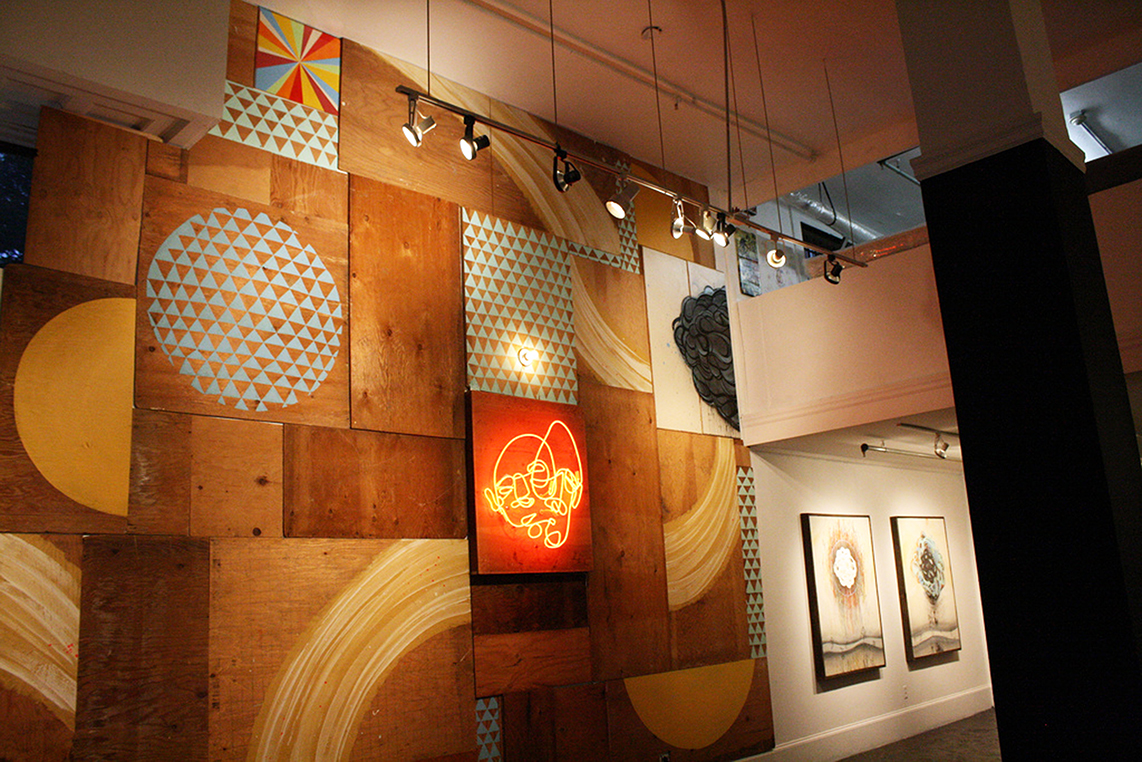 Due to its costs, further integration of neon in my studio practice evolved slowly over time. However, being obsessed with the circular form, it seemed only natural to move into illuminated rings which then led to my series of light boxes that incorporated mirrors to produce an infinite amount of reflections.
. 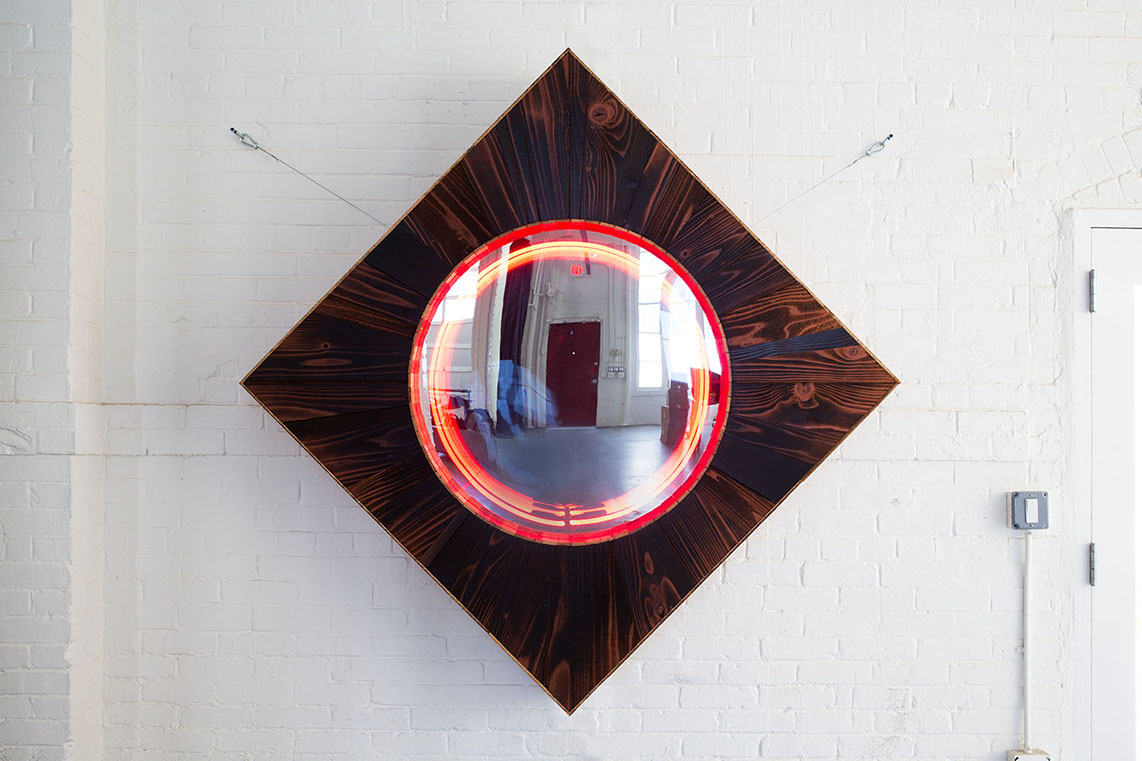 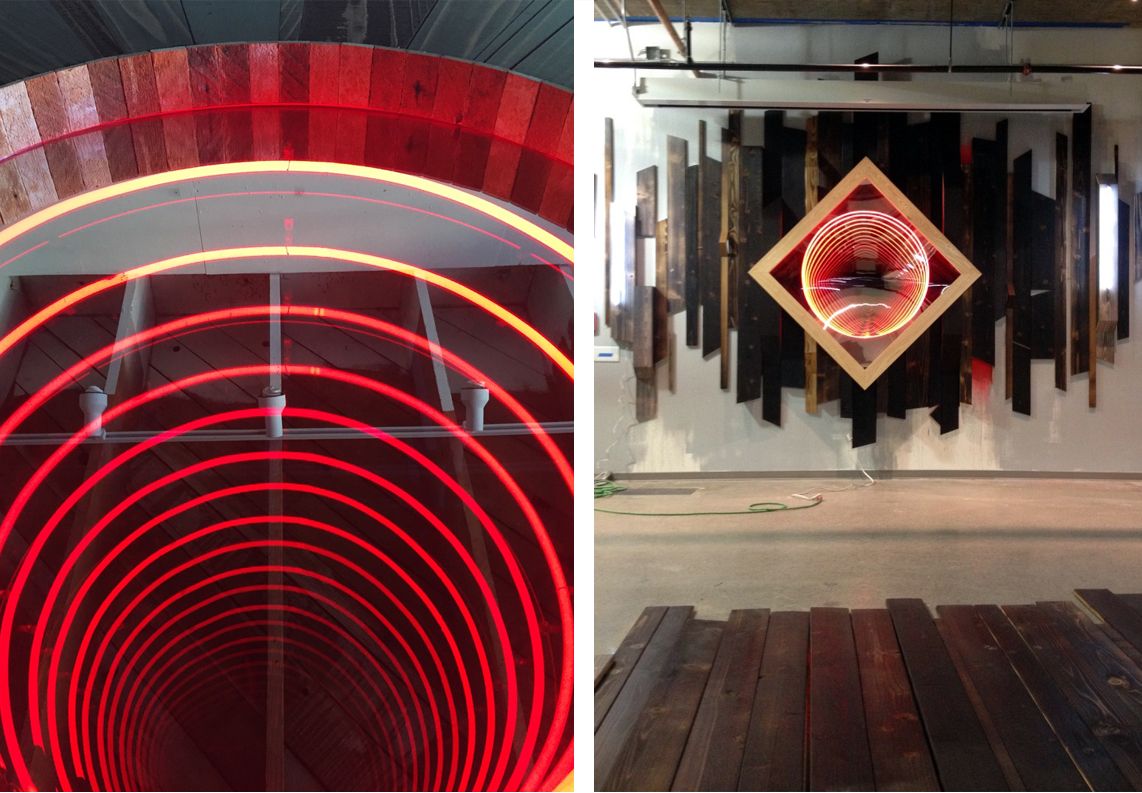 As time went on, I became more confident with the medium and soon placed focus on the light itself by having it trace dimensional forms made of wood and concrete often blending contrasting colors to create new ones.
. 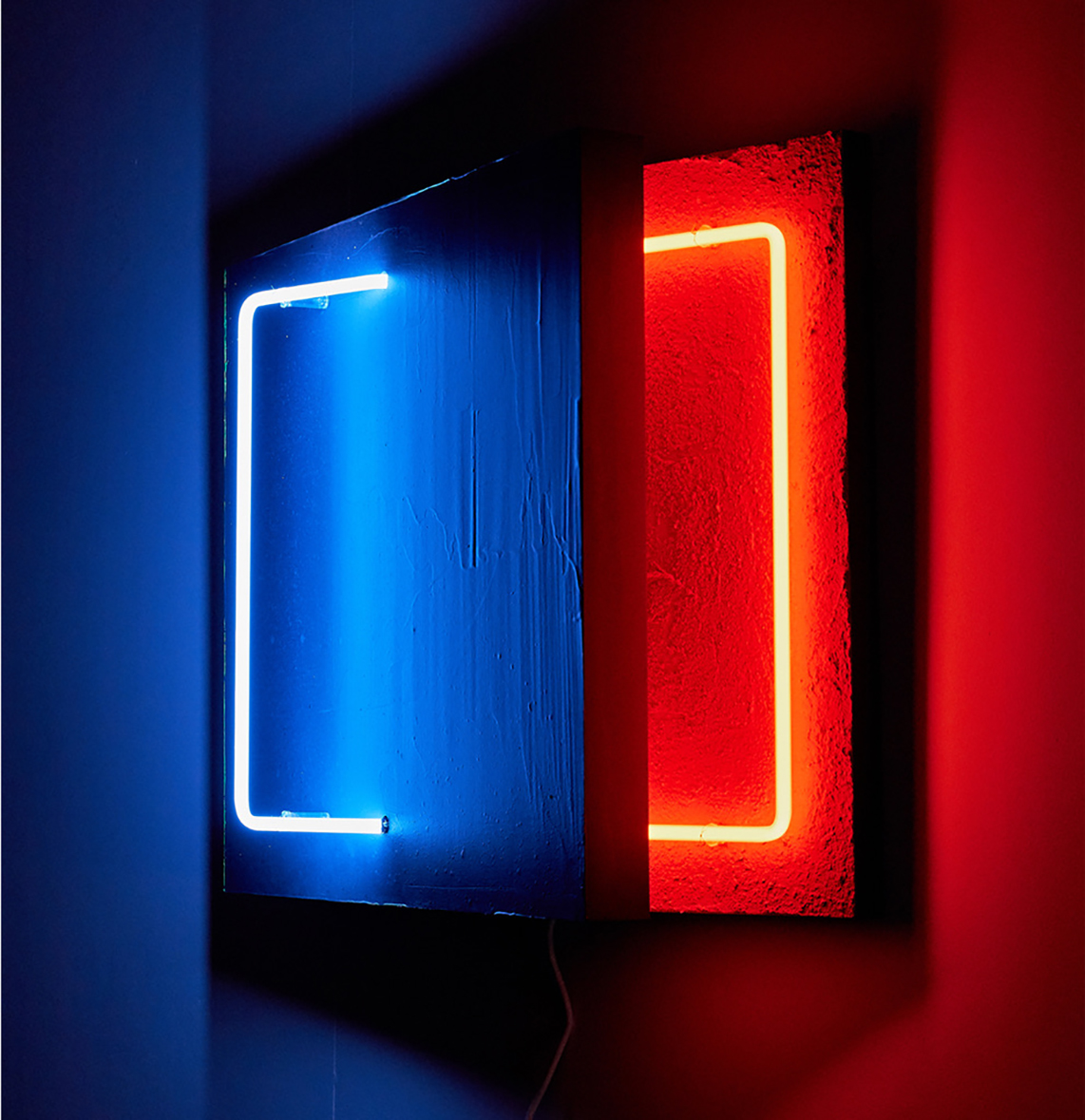 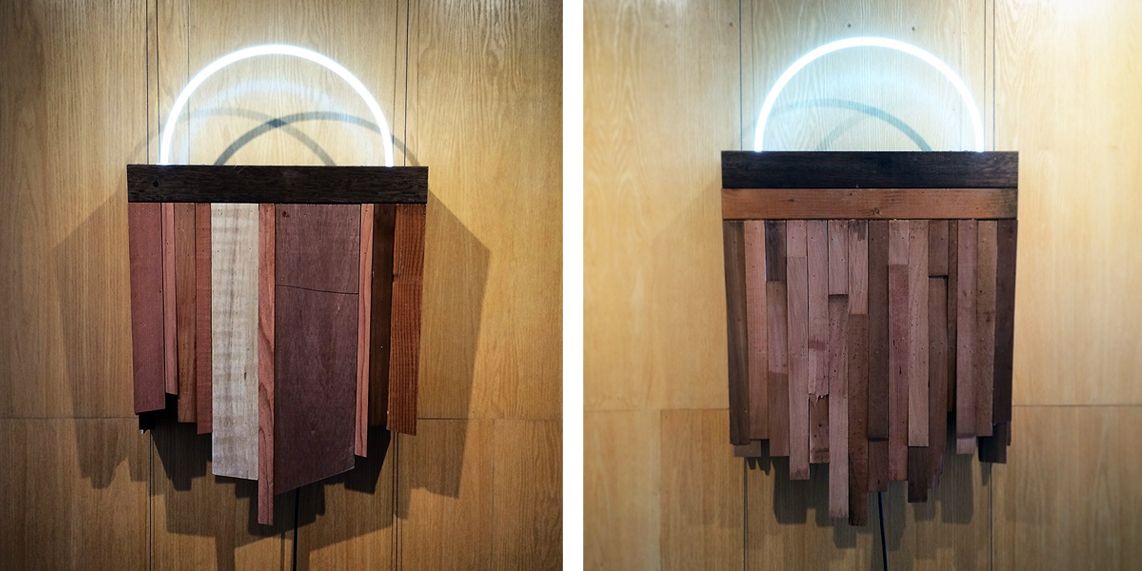 Then in 2016, a noticeable shift of theme in my work took place and I circled back to the original intent of the medium and jumped into a new a body of work where I began attaching the neon light directly to paintings on panel highlighting aspects of the composition. This direction quickly inspired the ongoing commissioned mural work, and shortly after I was attaching 10 foot lengths of neon tubing to large scale site-specific works literally  giving the work a sense of life I had never seen before.
. 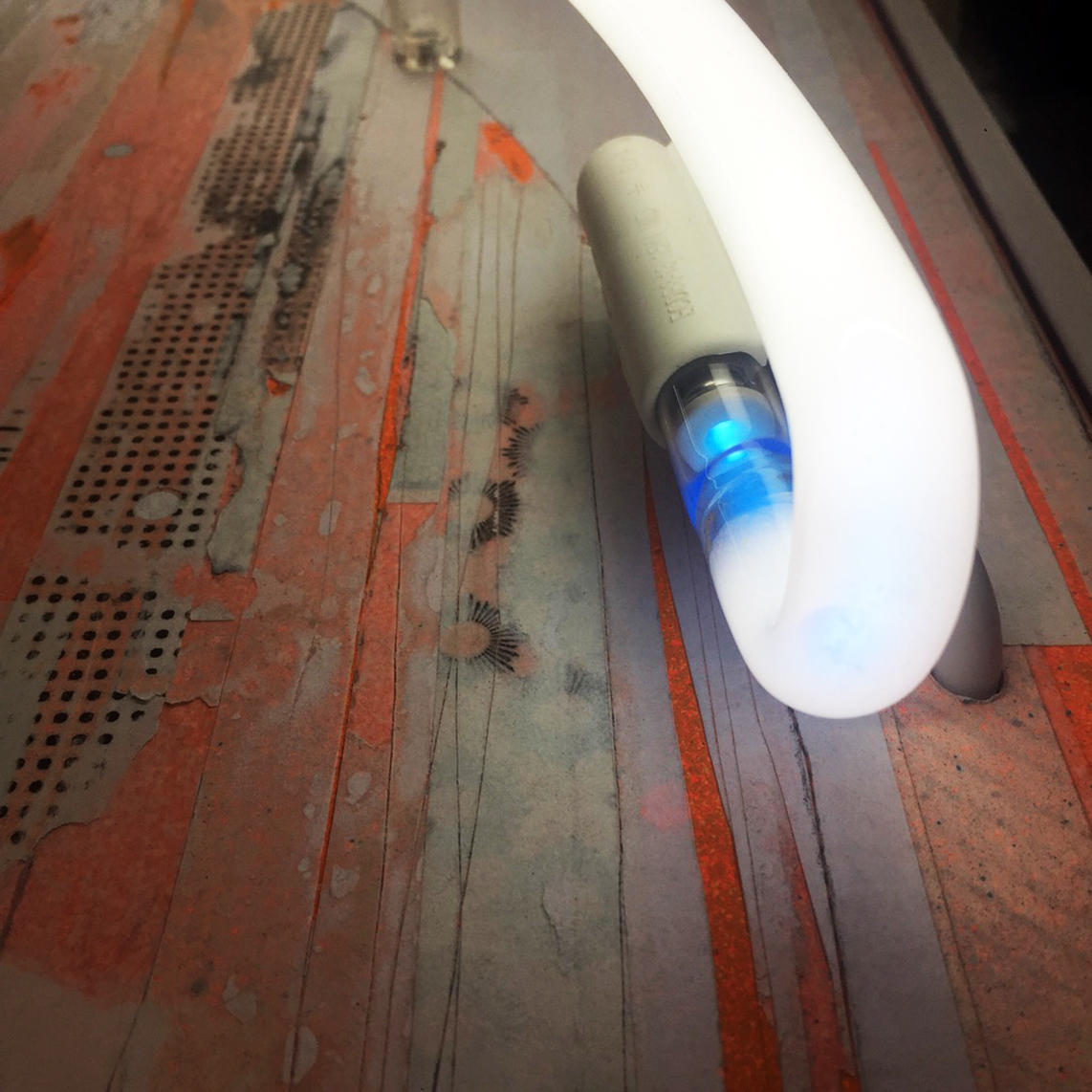 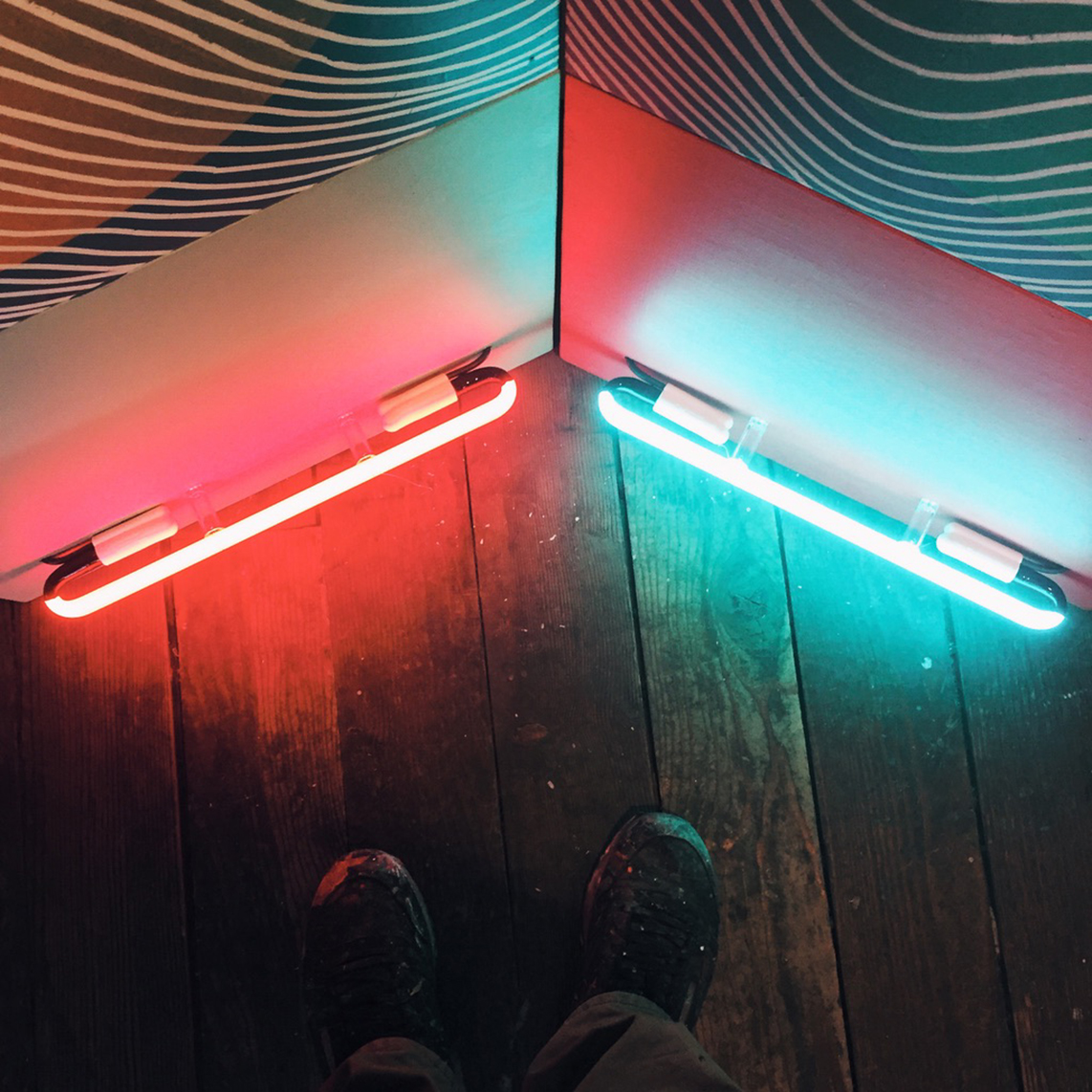 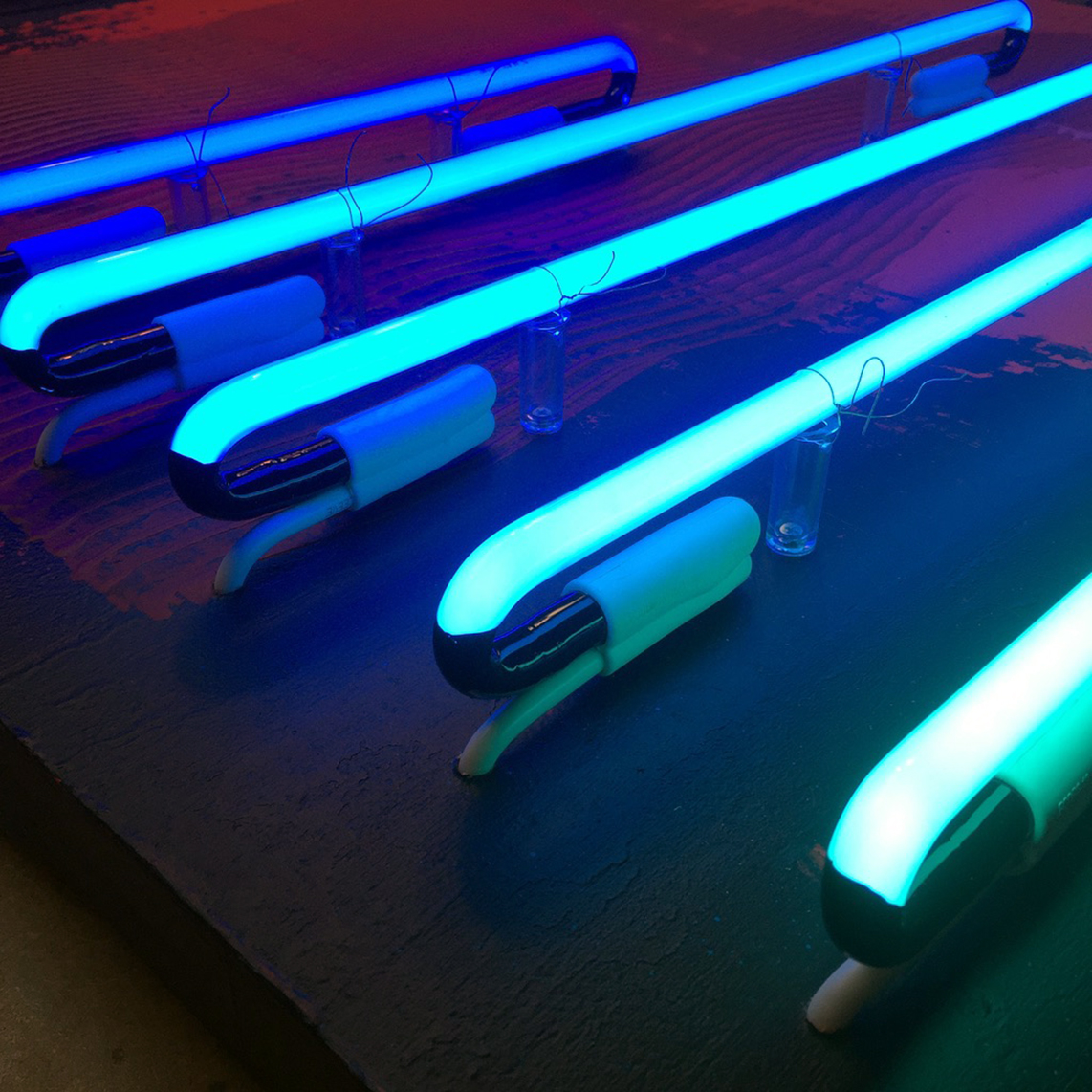 With each project I learned ever more and after witnessing the transformative quality it brought to various locations, I began to notice the real magic was in the highlights and shadows it would produce. In a sense, it became less about the neon as a fixture and more about the luminosity of the light itself.
. 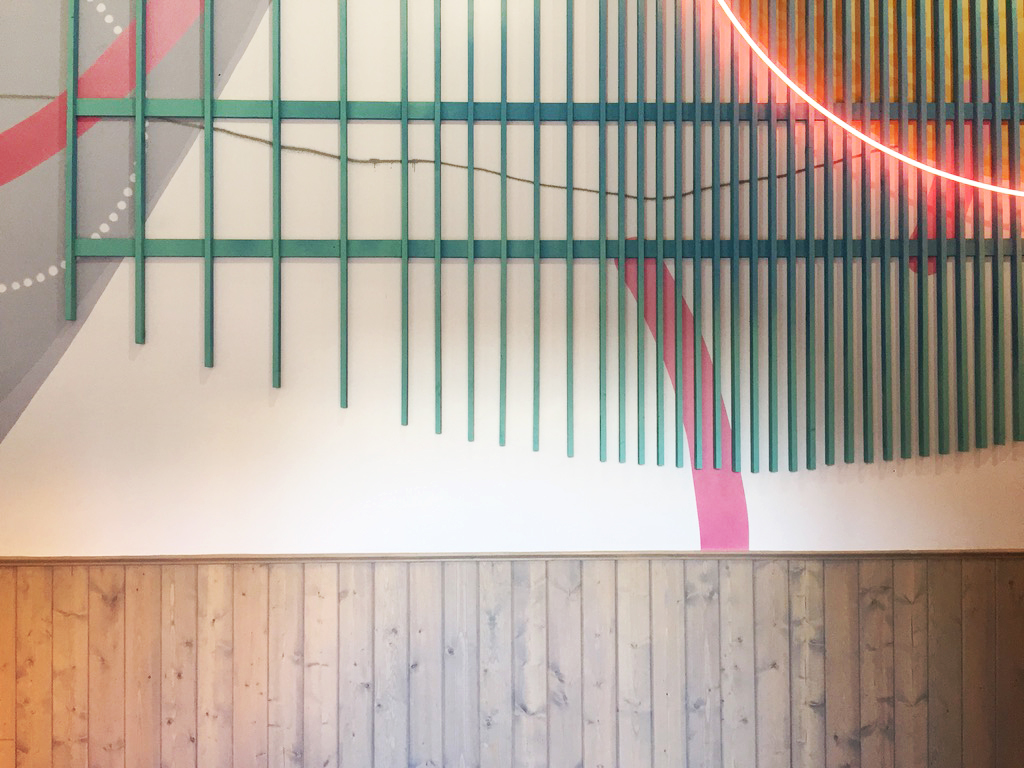 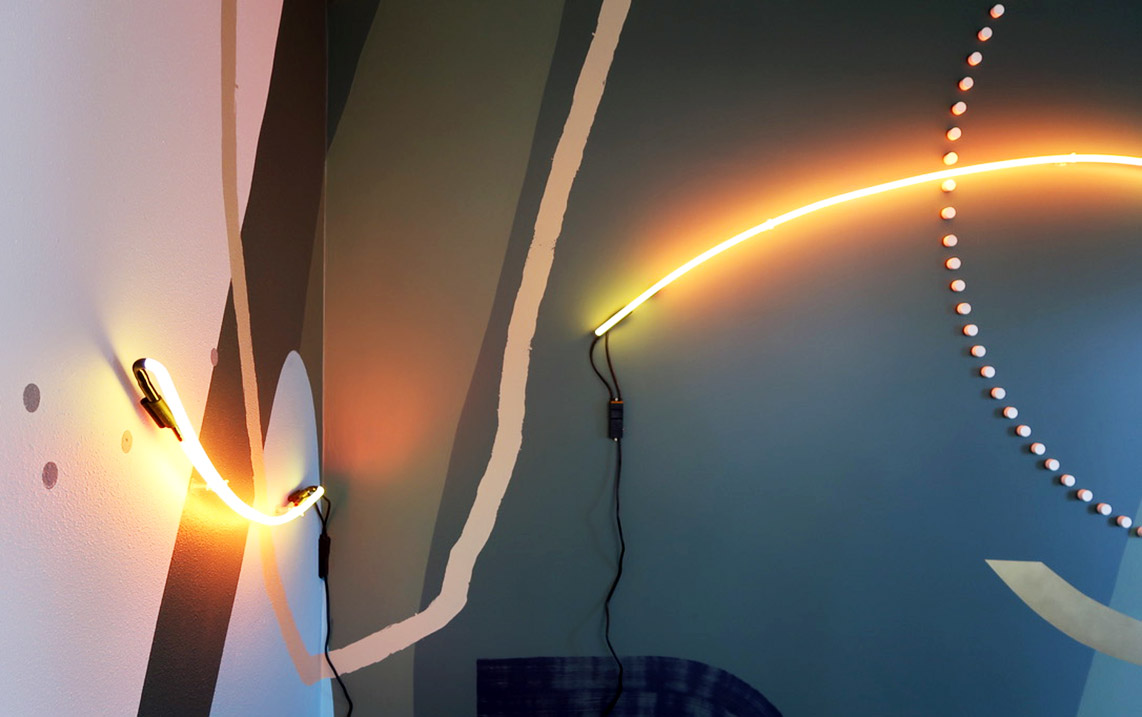 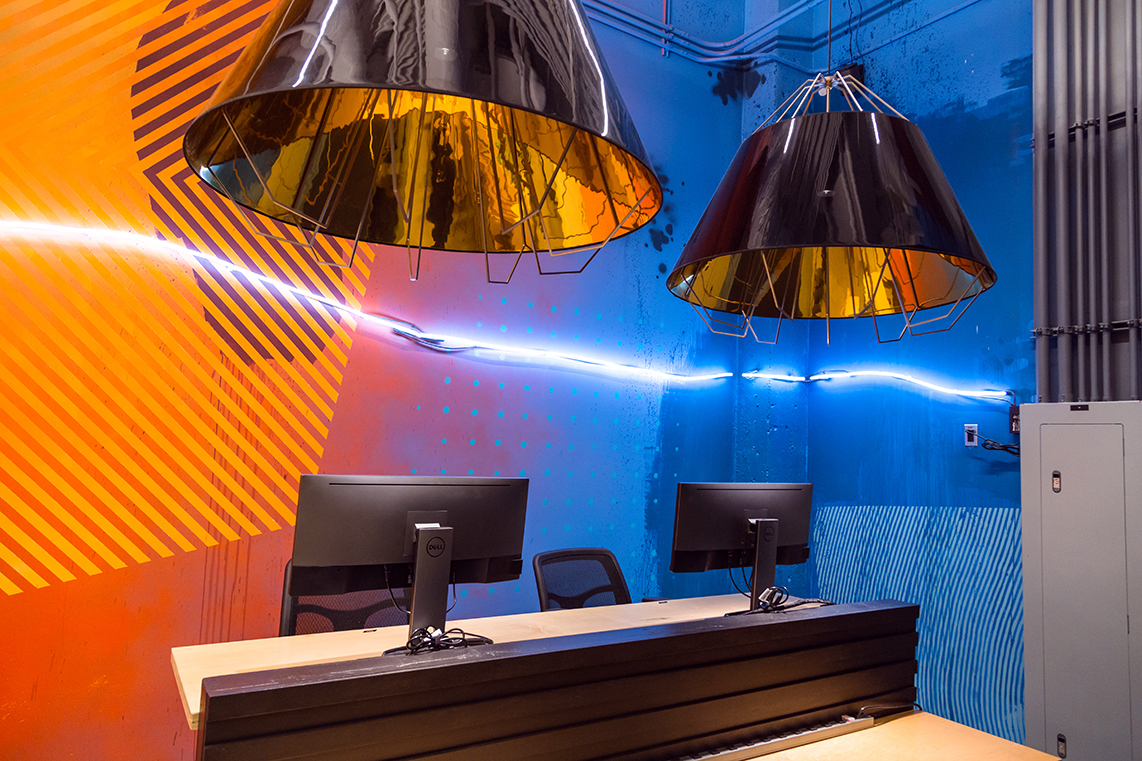 Suddenly, a new way of working was born. Previously unconsidered materials were introduced with absolute freedom allowing their textural imperfections to shine bright through the unmatched radiance of neon. A pursuit inspired by extensive traveling in Mexico and my current home in New York City, this latest work combines rich textural surfaces with the purity of light to produce a beautiful display of contrast. Only just the beginning of more to come, I aspire to elevate the medium even further through explorations of new material combinations while establishing my voice through the medium of light.
.